Author John Garth will be the guest speaker on Monday, July 25, at Community Lutheran Church.

Shadow of the Past: How the ghosts of World War I came back to haunt The Lord of the Rings.

Exactly 100 years after Tolkien fought in the Battle of the Somme, it’s time to see how it shaped The Lord of the Rings trilogy. John, author of the award-wining Tolkien biography, Tolkien and the Great War, reveals how the return of long-suppressed memories of the battle, and of friends lost there, sparked an outpouring of creativity that ended a year of writer’s block and put the war at the heart of his masterpiece.

Garth is well-known for Tolkien and the Great War, and winner of the Mythopoeic Award for Scholarship 2004. He has written for newspapers and websites, ranging from The London Times to The Daily Beast. He is a Fellow in Humanistic Studies at Black Mountain Institute, UNLV, working on a book of Tolkien’s creative development within the context of his times. Learn more: John Garth 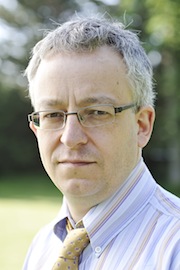 « Get painted
Attn: YA authors »