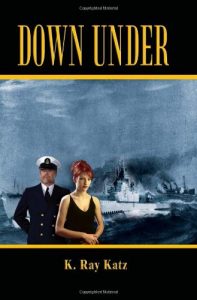 WW II is about to start as a new fleet submarine leaves for the Philippines via Cape Town. Bill Cullison, the Captain, meets Dusty, a red head from Australia and knows she is for him. War breaks out and he is diverted to the Red Sea as his boat starts to have mechanical problems. He stages a dangerous attack on a German port and sinks several ships as his problems increase. He fights the Japanese and orders from Pearl wondering who is going to be responsible for killing his crew. Adventure follow him and Dusty in Australia and on a dangerous mission against a Japanese invasion fleet.