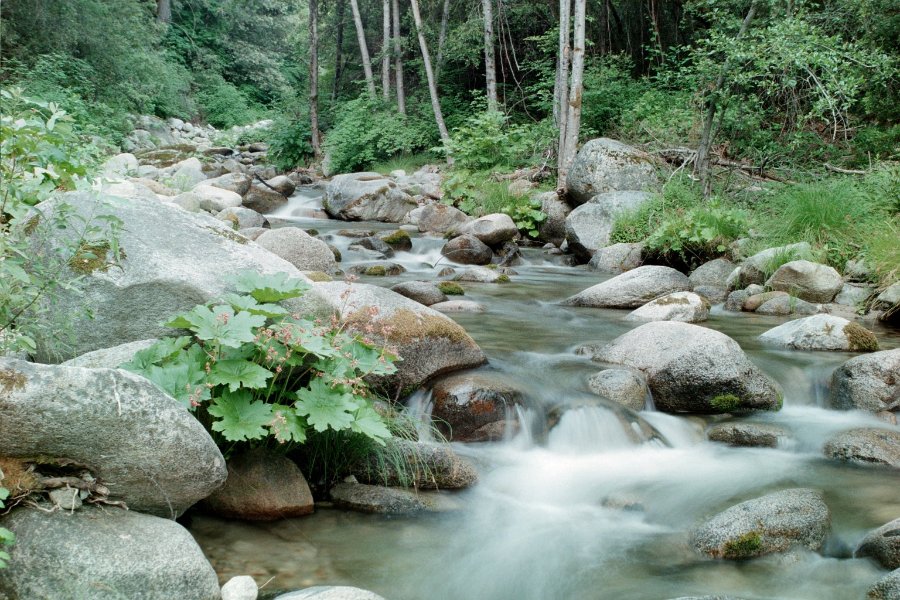 By: Guess Who Wrote This?

“Why didn’t Trina come out to play today?” Nyx, the handsome woodland sprite asked. He was sprawled cross-legged at the base of a weeping willow tree taking a deep toke on the long-stemmed pipe he held between his teeth.

“Stupid sprite,” chided Rhiannon, “You have the attention span of a gnat.” She, a tiny blonde haired pixie was presently showing off. She flittered her wings as she hovered over a blade of grass causing it to sway to and fro. “How many times did Trina tell us that she wouldn’t be with us today – it’s a holiday.”

“Holiday? Which holiday?” Nyx asked blowing a perfect smoke ring in her direction

“Christmas?” Durin, the pale-faced elf now spoke. “Is that the one presided over by that vile Santa Claus creature?” He crinkled his nose and made a face that caused his pointed ears to twitch.

“Why so hostile toward the old one?” Rhiannon asked.

“He’s dirty, smells of chimney dust and his despicable treatment of the elves that work for him is well documented.”

These three magical creatures lived in a clearing along a quiet brook beyond the yard of a big house in a land known as Texas.

Well, they didn’t exactly live there. They actually resided in the imagination of a young human female named Trina who lived in the house.

Trina first came in contact with Rhiannon on a rainy Saturday afternoon when she was five years old. There weren’t many other children her age in the area and she was often lonely. Rhiannon was a cobweb fairy that played beneath the girl’s bed and Trina welcomed this newfound friend.

When next they played outside, Rhiannon introduced the girl to Durin the elf and Nyx, the mischievous male sprite. Together they played every day for the next four years. Well, almost every day.

“So, she thinks exchanging presents and singing carols with her family excuses her from her duties here?” Nyx chortled like he was lord of the forest.

“Oh hush you! You are always so jealous whenever the poor girl spends time away.” Rhiannon flew close to the sprite’s nose flapping her wings and annoying him so much that he fanned her away.

“Presents…will she be bringing us presents?” Durin asked excitedly picking up on the only part of the conversation that interested him.

“No,” Rhiannon answered. “But she promises there will be marvelous food for us tomorrow.”

“It’ll give us all a tummy ache.” Durin warned.

Suddenly, Nyx’s eyes brightened and he sat straight up.

“Hold on! Christmas – isn’t that the one that has the tradition of the mistletoe?”

“Remind me.” The sprite instructed.

Rhiannon was reluctant in this task. She knew Nyx to be one of the naughtiest of his kind, never missing a chance to peek up a female’s skirt, brush against a round bottom or steal a kiss in the middle of the night. But she obliged him. “Humans must kiss if they find themselves beneath a sprig of mistletoe.”

“What matters this, we have no hemi-parasitic plants at our disposal? The spoilsport elf intoned.

“But we do have smooth edged evergreen leaves and waxy red and white berries don’t we?” Nyx inquired.

“Then you can fashion some with twigs and your elfin tool kit?”

“Undoubtedly.”
“Seems a lot of trouble for just one little kiss.” Rhiannon observed.

“It’s worth it.” Nyx almost drooled in his lechery.

“Are you in such a hurry to send her on her way?”

“It is my job after all, is it not?” The sprite exercised his authority in the matter.

“Not Trina. Not yet anyway. She’s only nine.” Durin objected.

“Quiet elf! I spoke nothing of sending her on her way, only of stealing one naughty little peck. I was going to include you in on the action too.”

“Forget it now. Both of you have robbed the joy from the act.”

Nyx drew sullen and turned his back on his mates. Their accusations hurt his feelings. He ambled off deeper into the wooded glen, the elf and the fairy following.

They found him kneeling next to Trina’s Love in Idleness Flower, a three-petaled plant that bloomed white but turned a bold hue of pink with age. They all knew that in a few short seasons, it would be time for Nyx to pluck it from the ground and with great stealth carry it to the bedroom where Trina slept. There he would whisper a poem in the girl’s ear and gently squeeze the petals of the flower until the nectar spilled over her sleeping form. Her body would begin to change from that night on as the seeds of womanhood and the power of motherhood grew inside her. She would be vulnerable to the advances of boys and rely on the lessons taught by her human family to make informed decisions and proper choices. In time, even her woodland friends would fade from her consciousness to become a haunting memory.

But for now, the fairy and the elf were right. There was plenty of time.

It was then the creatures heard the sounds of singing coming from within the house. Human voices, normally such a grating cacophony that it hurt their ears and gave them headaches suddenly sounded mellow and peaceful. They moved dangerously close to the human abode to peer in a window from two opposite sides, the elf on one and the sprite on the other. Rhiannon streaked back and forth between her colleagues at a speed no human eye could detect. There they saw Trina and her family gathered around a triangular musical instrument called a Spinet whose tone was melodious.

They sang in a blend of voices harmonious and most pleasing. “Deck the halls with boughs of holly fa-la-la-la la-la-la-la la!”

“Boughs of holly is it now?” Nyx cracked wise.

“Tee-hee-hee” Rhiannon shouted out with glee.

“Fa-la-la-la-la?” Repeated Durin. “What fools these mortals be.”

Come on, Guess, I’ll never tell until you Guess.

« NEW SUBSCRIBERS GET FREE MANUSCRIPT CRITIQUE
A SHORT INTERVIEW WITH MYSELF »