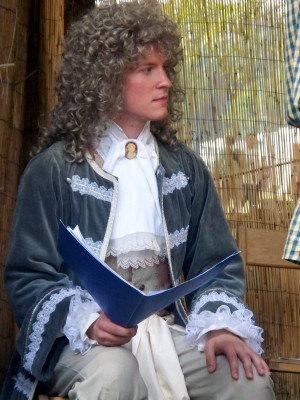 PITCHING TO AN AGENT

Now I’m going to show you a pitch letter that worked. Below is the letter that I handed to the publisher that gave me the contract for my upcoming novel, Meleena’s Adventures – Treasure Of The Umbrunna. Keep in mind that I handed it to her at the Las Vegas Writer’s Conference and pitched to her in person. After I sold her on the idea, she had me send it along with the first 50 pages plus a synopsis, which was on the back of this letter.

I have included notes of explanation where appropriate, and left off the headers and dates and a photo, which is something (the photo) you shouldn’t put on a letter you are mailing out! Also, I modified parts of it so as not to give away the actual plot in case anyone wants to read the book.

Pen name: Ray Brooks (I have since dumped this idea and will go with my real name).

All she wanted was to get rich, but in the end, will she sacrifice all to help another? If she isn’t careful, people may start to think she’s a decent person. (This is the pitch line, the first thing I said to her after introducing myself.)

Meleena goes through life one picked pocket at a time.  With a wild heart, she spends each night with a different man, and often wakes up in a strange place.  When she goes after a valuable pearl hidden in a lost city called Slab, she figures this is the way to the easy life.  An old magick user named Grel may hold the key to finding this pearl, and he insists she not go alone if she hopes to survive.  Despite second thoughts and an aversion to working with others, she gathers a team and heads for the lost city.  However, she’s not the only one after the pearl, and Meleena enters into a race to get there first. (This is the body of the text. It should be one paragraph, but I broke a rule and made it two short ones. It worked. They were condensed from the original. The whole point was that the entire letter had to fit on one page, letterhead, spacing, signature, credits, all of it. Keep it brief!)

As she fights her way to the lost city, Meleena discovers she’s out of her element in the wilds. Her companions help her survive, and she learns to trust others. After a hazardous journey, she reaches the pearl first, but is betrayed by one of her friends. After escaping, she learns that Grel has been manipulating her all along, and the pearl is not what it seems. Besides the monetary value, it is the only way to provide a cure for the queen of her kingdom, Grel’s former lover. She’s now faced with making a huge profit or helping the queen. This wasn’t the easy life she envisioned.

I’m a member of the Henderson Writer’s Group in Henderson, Nevada.  My short story, The House, appeared in the anthology Between the Pages, 2003.  The Walk Home was published in the story collection Writer’s Bloc 2006, The Basement in Writer’s Bloc 2, 2008, and Fun In The Outland in First Voyage, 2008. (Remember, relevant writing credits, which should include a writer’s group, if you’re in one. Though none of these stories are actually fantasy, the chances of the publisher checking, or actually finding those books were pretty slim, so I took the chance. Turns out, many of those books were for sale at the conference! Also, the titles could mean anything, and at least they show I’m a prolific and published writer. Just make sure if you do this, you don’t put something down that is obviously not relevant.)

Thank you for your time.

There you go. An example, a visual aid, without giving away too much of the actual story, but hopefully, enticing you to read it. This example also gives you an idea of one way to successfully pitch to an agent.