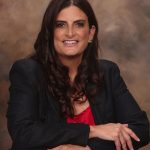 Alba Arango writes books that are “imaginative and a lot of fun to sleuth around with.” (Readers’ Favorite) Alba is a retired high school teacher turned full-time author. With Bachelor’s degrees in both Education and History, a Masters degree in American History, and an Associate’s degree in Creative Writing. She is the author of several short stories published in anthologies and online, and has written two successful middle grade fiction series, The Decoders Series and the JJ Bennett Series, both available in paperback and electronic form. 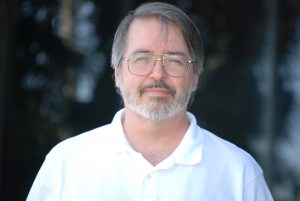 In his writing and promotion career, spanning more than four decades, Ned Barnett, an award-winning marketing and promotion expert, has also written and published 39 books, as well as several screenplays that were profitably optioned – in 1994, his earnings ranked him among the top 97 percent of working screenwriters. Among his three dozen published books are 15 ghost-written books. He has also written three traditionally-published science fiction novels and ten military history novels published on Kindle. Barnett serves as a book promoter (Barnett Marketing Communications), specializing in adapting proven non-fiction book promotion techniques to novels – detective novels, romances, science fiction and other novels – as well as anthologies, Christian titles and children’s books. He’s been a published book author since 1982 and a book promoter since 1985. He was the senior agent at Barnett Literary Agency for more than a decade. 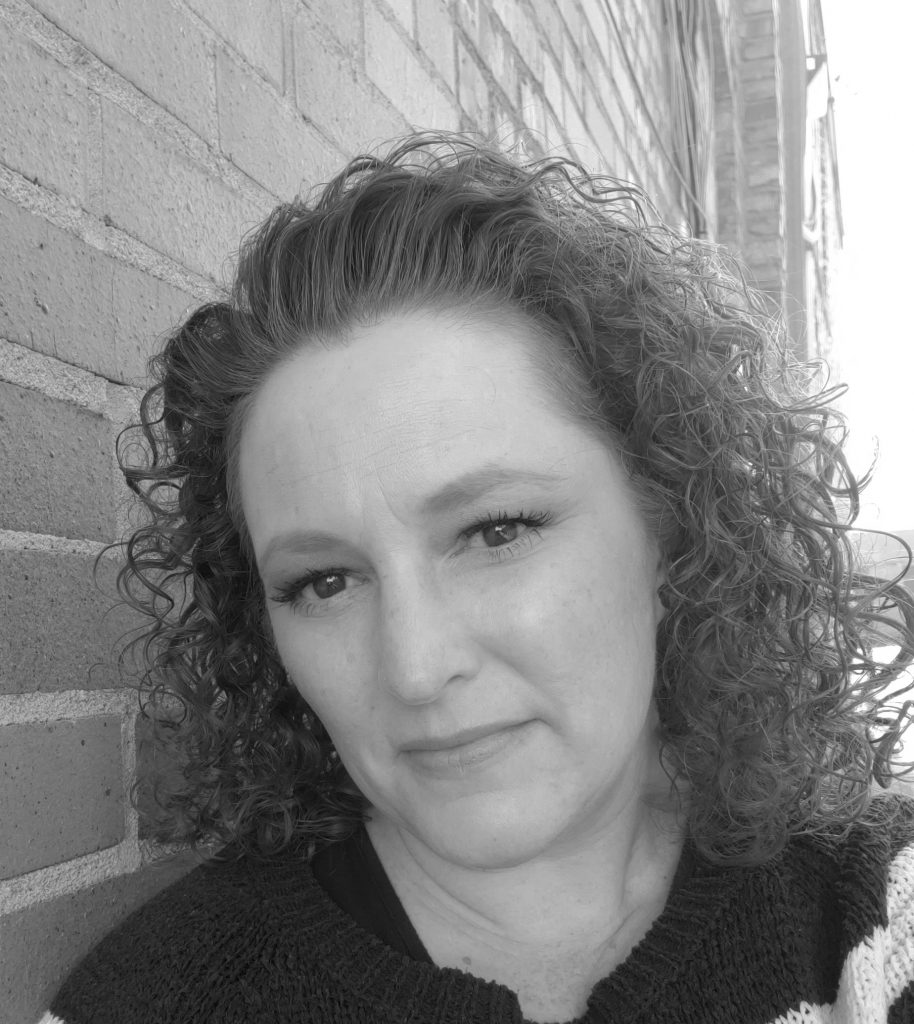 Janelle Evans is the managing editor for Mystic Publishers Inc. For more than five years she has edited novels from all genres. The experience has taught her the importance of a good working relationship between the author/editor. She finds the biggest problems most writers have is not creating characters but utilizing them effectively in their writing. She is excited to bring some simple, universal techniques to the conference that will improve any novel you are writing. Ms. Evans is the author of the Rory’s Choice Series (a YA series) and Stuffed Souls (a voodoo centered horror novel). 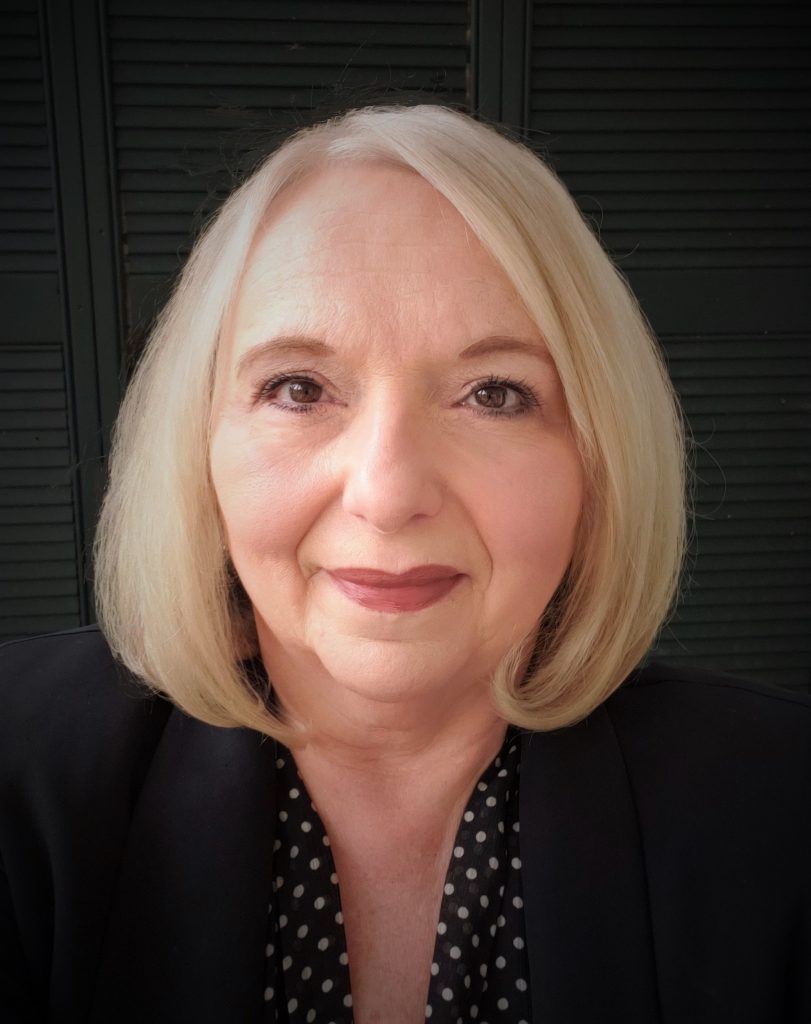 Rannah Gray is a Louisiana public relations consultant whose career highlights include two of her state’s favorite pastimes—politics and sports. Her first book, Familiar Evil, sent shock waves from Louisiana to London and follows the international search for a TV personality that exposed his dark side as a child predator. Familiar Evil won 14 national and international book awards, including eight Gold Medals for Best True Crime and Best New Nonfiction. It was the subject of the premiere episode of Lies That Bind, a 2019 primetime television series on the Investigation Discovery (ID) Network and the 2020 special 2-hour documentary, Lying King: The Scott Rogers Story. Her second book, Case of the Missing Poodle, a junior mystery based in New Orleans, was written with her then 8-year-old twin great nieces. Released in December 2018, it was named Best Chapter book by three national independent publisher awards and received the Silver medal for Best Children’s Mystery at the 2019 Moonbeam Children’s Book Awards. Their second book in the Louisiana Mystery Series by The Lisburn Press, Mystery of the Heart-Shaped Locket, was released in November 2021. Rannah currently provides expertise in advertising and public relations to a broad base of clients. She is a graduate of LSU with a B.A. and a Master’s degree in Journalism. 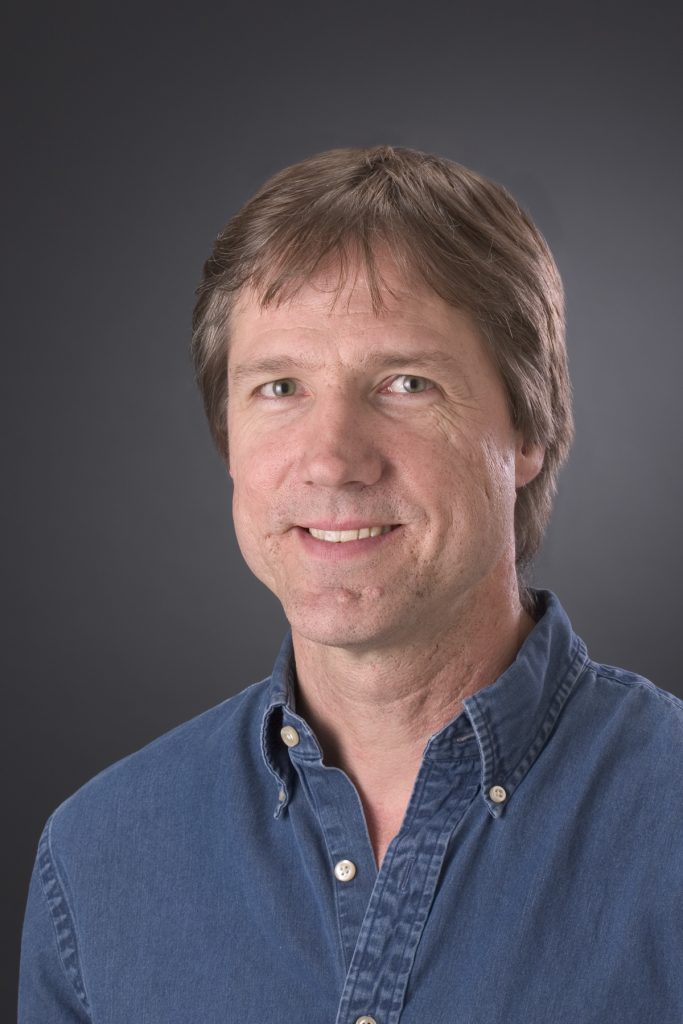 Kirt Hickman, author of the award-winning science-fiction thrillers Worlds Asunder and Venus Rain was a technical writer for fourteen years before branching into fiction. His methodical approach to self-editing has helped many make sense of the mass of advice available to the novice writer. He teaches self-editing classes through SouthWest Writers. He has been a mentor in the SWW mentoring program, has spoken at numerous conferences, and has contributed a monthly column titled “Revising Fiction” to the SouthWest Sage. He has also written Mercury Sun, the fantasy novels Fabler’s Legend and Assassins’ Prey and two children’s books. His writer’s guide, Revising Fiction—Making Sense of the Madness won a New Mexico Book award for Best How-To and was a finalist in the international IBPA Benjamin Franklin Awards. 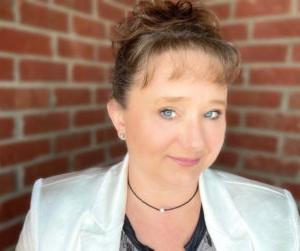 Courtney suffers from split personalities –exactly. Sort of, though. There is the writing she does as herself, Courtney Lynn Mroch (a byline which also sometimes appears as just Courtney Mroch or Courtney L. Mroch.) This is her primary pen name. She publishes most of her fiction and nonfiction under this moniker. But Courtney’s alter ego nom de plume masquerades as C. Le Mroch for her horror writing. She is also a major player in the blogging society and will pass on her expertise to the conference attendees.

Julie Okabayashi has been employed by the Las Vegas-Clark County Library District in Las Vegas for the past 18 years providing educational public programs such as the annual Local Authors Book Fair, Meet The Authors, Mob Month (lecture series about organized crime), Asian American Pacific Islander Heritage Month, sustainable art classes, and a variety of writers workshops intended to help local authors deal with the business side of being an author and to improve their creative writing techniques. Through the book fairs and literary programs, Julie has introduced over 500 local and regional authors in Nevada to the local library community and has recently partnered with Mystic Publishers of Henderson, Nevada, to expand the book fair concept by including traditional artists. Julie is also the co-founder of NV ArtStops, an educational arts nonprofit organization in Nevada with a mission to inform, educate and inspire communities to keep single-use materials out of our oceans, deserts and living spaces by turning those materials into works of art for all to enjoy, thereby saving the environment through art. Currently, Julie teaches sustainable art classes at the library, has exhibited her art at Las Vegas City Hall and the Clark County Government Center, is in the process of writing contemporary fiction novels and a Southwest travel photo blog on social media, and continues to be a supporter of local authors and artists. 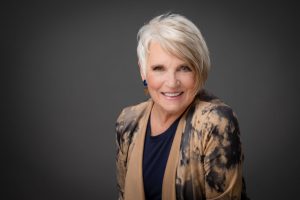 Randall Platt writes fiction for adults and young adults and those who don’t know which they are. Platt’s historical fiction has been awarded the Keystone State Reading Award, has three times received the WILLA Literary Award and twice the Will Rogers Medallion for Best Young Adult fiction. Platt been a finalist for the PEN Center USA Literary Award. Three of Platt’s more recent novels. Liberty’s Christmas, The Girl Who Wouldn’t Die, and Professor Renoir’s Collection of Curiosities, Oddities, and Delights were finalists for the Washington State Book Award. Platt’s first novel, The Four Arrows Fe-As-Ko, was filmed by Sullivan Entertainment as Promise the Moon. Platt lives in the Puget Sound region of Washington State and plays a mean game of handball. 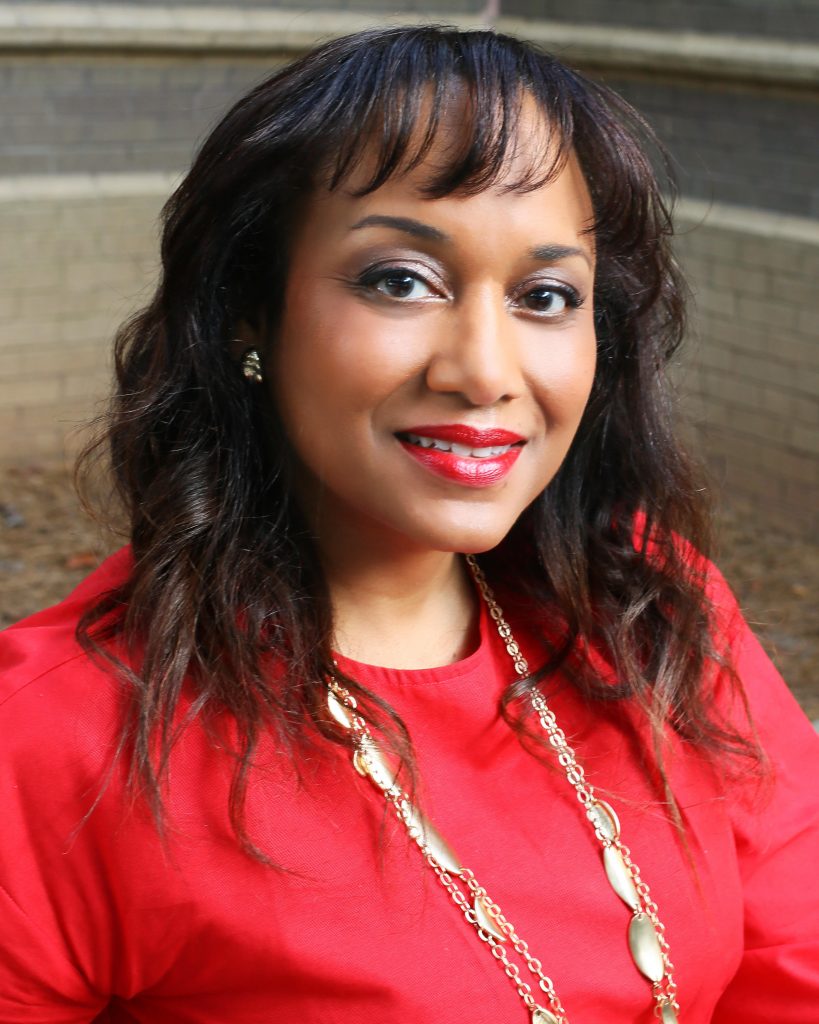 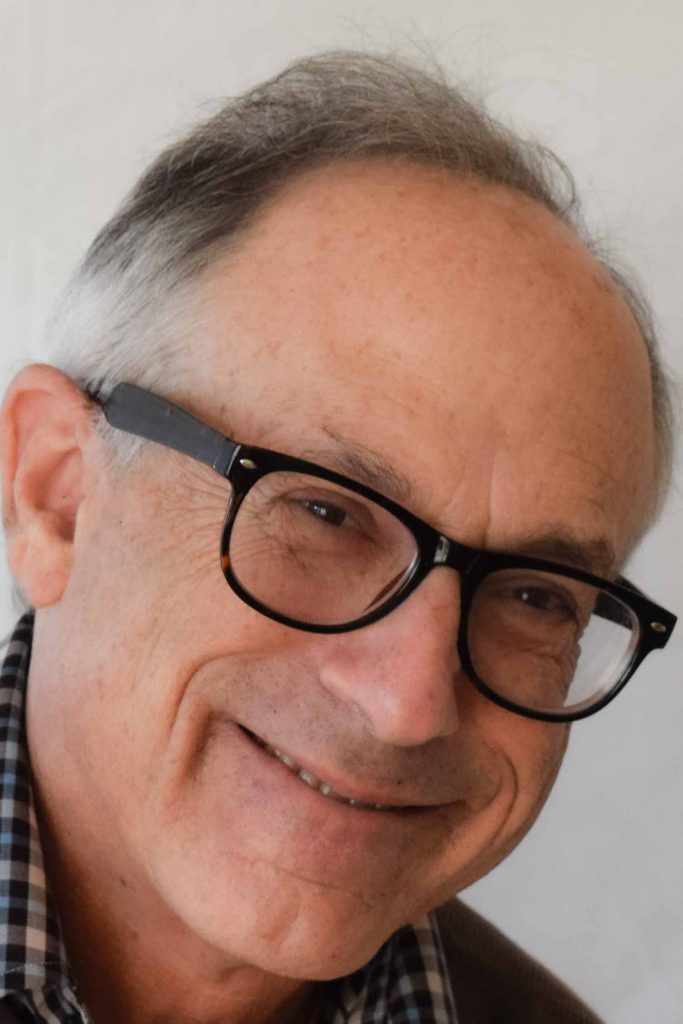 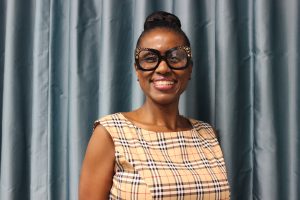 Joylynn M. Ross is the author of over 40 books and publications written under various names in multiple genres. She is a highly respected literary industry professional and publishing expert. With over two decades of writing and publishing experience, Joylynn has helped thousands of authors reach their literary and financial literary goals more quickly than they could have without using her proven systems and strategies.
Joylynn will incite you to define your literary measure of success and what making a living as a writer looks like to you. Then after the session, you’ll have clarity and be inten-tional about achieving your literary dreams, visions, and goals.

Literary Agent Katharine Sands has worked with a varied list of authors who publish a diverse array of books including fiction, memoir and non-fiction.
She likes books that have a clear benefit for readers’ lives in categories of food, travel, lifestyle, home arts, beauty, wisdom, relationships, parenting, and fresh looks, which might be at issues, life challenges or popular culture. When reading fiction she wants to be compelled and propelled by urgent storytelling, and hooked by characters. For memoirs she likes to be transported to a world rarely or newly observed.
She has worked with a diverse list of authors. She is the agent provocateur of Making the Perfect Pitch: How to Catch a Literary Agent’s Eye, a collection of pitching wisdom from leading literary agents. 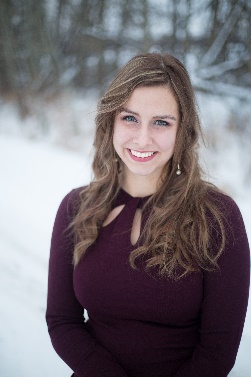 Hailing from chilly Alberta, Canada, Morena splits her time between writing and editing. After completing her Bachelor’s in Professional Communication and her Masters in Intercultural and International Communication, she moved home to focus on her one true love. Books. She is an editor for The Wild Rose Press and specializes in editing steamy romance books. When she is not editing she writes romances under her pen name Bridgette Tell. 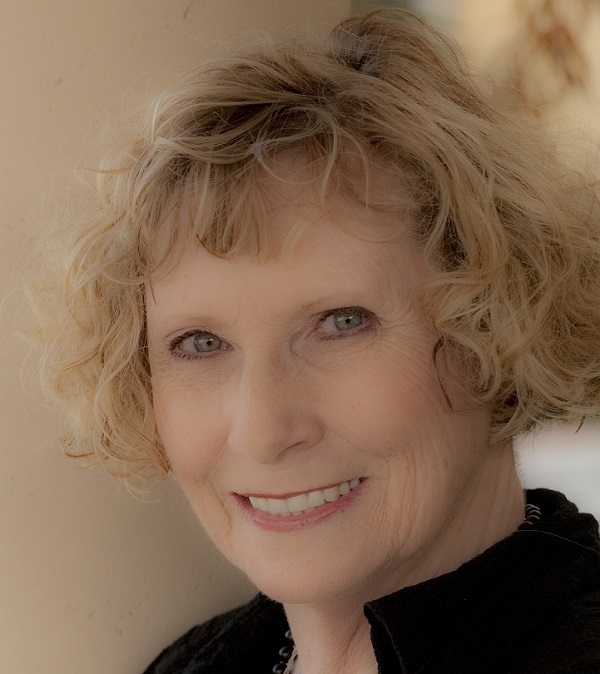 Maer Wilson is the founding partner at Ellysian Press, a boutique publisher, known for their high-quality books, rigorous editing and excellent covers. Because they spend time with each author, they offer a place for the writer to find a home for themselves as an artist. Several of their authors have received awards over the last few years. Due to the individualized attention on each book, EP only accepts one or two authors each year.
Coming into the literary world first as an author, Maer brings with her a vast background including business, public relations and theatre arts. She is involved in all aspects of the press and has a thorough understanding of what it means to be an author in today’s constantly changing literary world. You can find all Maer’s books and novelettes at Amazon and other online retailers.